Essentially, I was sleeping in a treehouse. A very swish and elegant treehouse, fitted out with a flashy shower, fluffy pillows on a four-poster bed and various other hardly necessary items, but a treehouse all the same. And I loved it.

I was staying for the night just outside Colombia’s magnificent Tayrona National Park, an eco-protected rainforest area and a jewel in the crown of the country’s Caribbean region. Tayrona has a little of everything; snow-capped mountains in the background, stunning coastline, and the opportunity to trek through lush foliage while casting your eye around for tropical creatures. The scenery is dramatic, ancient and occasionally hostile-looking; signs on some of the beaches warn against battling with the waves, and the trees loom tall in the background. But when you’re sitting on the sand, the sun beats down and it feels like paradise. 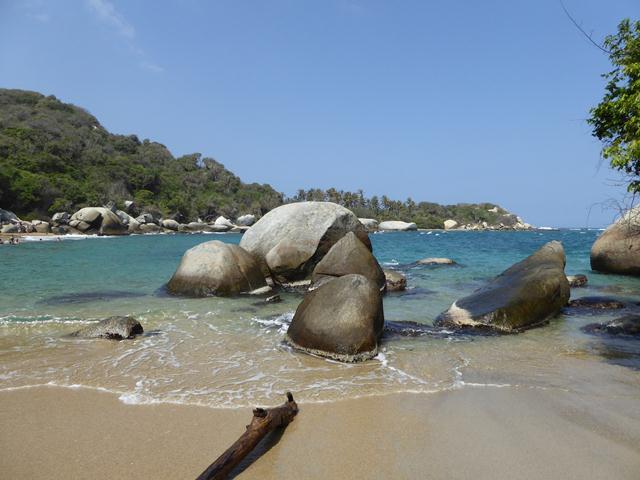 The nearest main city is Santa Marta, which is very much a gateway rather than a destination in itself. Advised to arrive at the park early so as not to be hiking in the heat of the day, we opted to stay close by the night before. The newly-opened Villa Maria Tayrona, part of the Kali Hotel chain, is about 15 minutes by bus from Tayrona’s main entrance so seemed like a good option. The friendliness of the management and the impeccable quality of the accommodation made clear that it was. 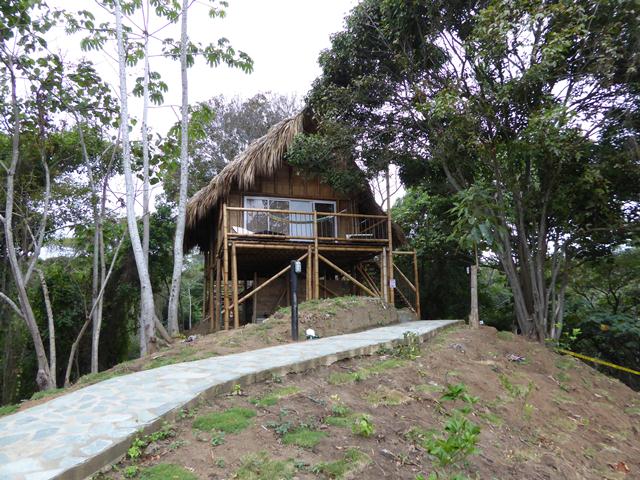 Arriving after dark, it would have to wait until the following morning for me to fully appreciate my surroundings. But even in the pitch black, with a rainforest shower just beginning, I could see I was staying somewhere unusual. At Kali, you can barely move for trees and plants – hence the rustic décor – and with the hotel set far from the main road, the place is still and silent, save for assorted wildlife noises.

Rooms are scattered about and nestled into the green, so that walking to it – up several steep flights of stairs, and then across a rickety but apparently perfectly sturdy footbridge – briefly sent my thoughts to the Blair Witch Project. But the only intruders I encountered during the night were a small but intrepid lizard and a few creepy crawlies; hardly unexpected when you’re staying in the heart of the rainforest. 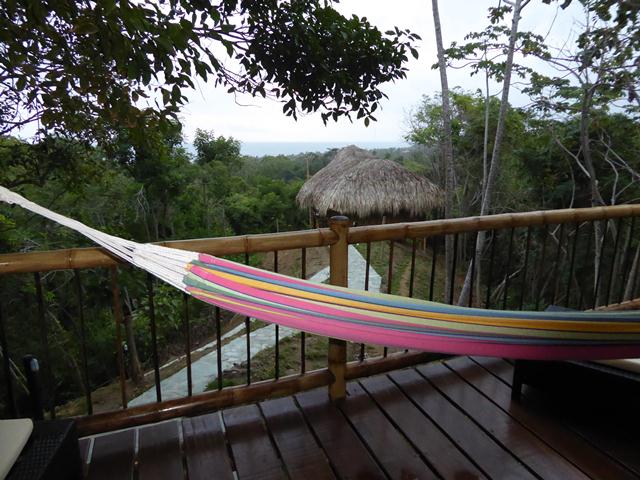 And any misgivings I had were cleared up when I stepped into our room, which was spacious and airy, with a comfortable bed and a very high-tech shower. Being high up, it had a balcony overlooking the whole area, with a hammock and lounger ideal for just taking in the scenery. The room came with every luxury you could need, but without any of the fussy hotel extras that you could do without (although no Wi-Fi; signs around the hotel mournfully explained that while they had set up the cables for internet, the Colombian Government had yet to fulfil their part of the bargain). With a private pool, its own beach and a restaurant serving simple but tasty Colombian delicacies – aromatic coconut rice, fried white fish and plantain – Villa Maria was the perfect rest stop before I headed into the park itself. 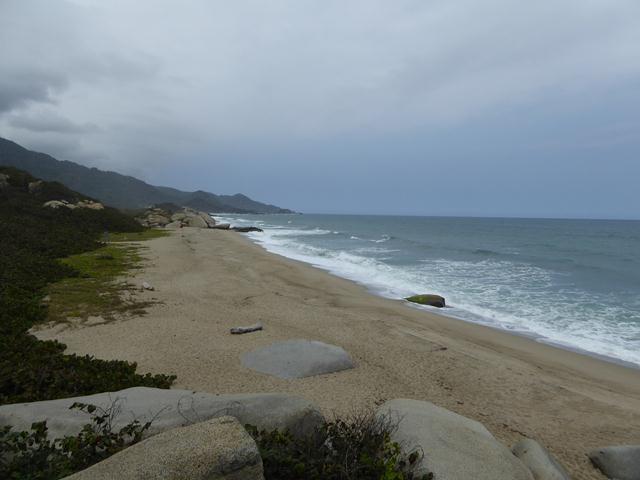 And for all that the hotel was lovely and restful, it was Tayrona I was there to see. Thankfully, despite being remote, it’s an easy place to visit without a tour-group or guide. On arrival at the park, all visitors must watch an orientation video before taking the short ride to the main entrance at Canaveral. From there, Tayrona is your oyster; you can rent a horse to take you through the rainforest, you can hire snorkelling equipment, you can eat in one of the various cafes or restaurants, and you can even take a hut or a tent (or a hammock, for the truly outdoorsy) and stay overnight. 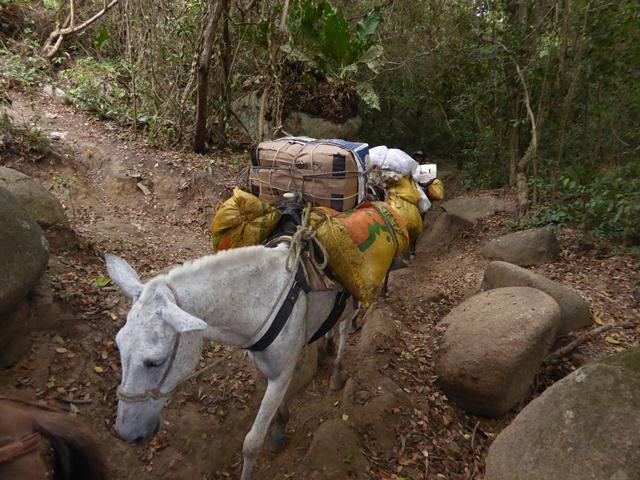 Already bursting at the seams with Colombian tourists, Tayrona is only going to get busier as Colombia – largely free of the civil war and drug-related violence of recent decades – joins the ranks of must-see traveller destinations. If you can, get there first.