PAD London, the capital’s leading fair for 20th Century art, design and decorative arts, is a rather special artistic affair, designed to inspire collectors, art consultants, museum experts, interiors specialists, design practitioners and the public alike. One of the newest exhibitors to PAD 2019 was Southern Guild. All the way from South Africa, it brought together both established and emerging designers working in furniture, lighting, ceramics and sculpture. 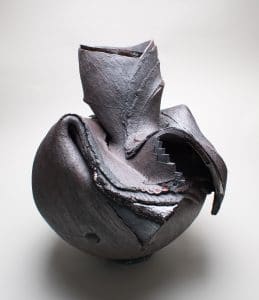 Founded in 2008 by Trevyn and Julian McGowan, its rigorous curatorial programme has shaped the world’s perceptions of African design and forged a unique vernacular in the international arena. Commissioning, producing and exhibiting contemporary collectible designs by some of the country’s most compelling talents, Southern Guild prides itself on propelling its artists and designers to make original work that is distinctly African and globally relevant. 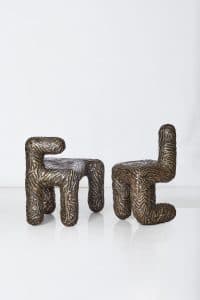 You’ll find Southern Guild’s gallery home in Cape Town’s newly revitalised Silo District, adjacent to the Zeitz Museum of Contemporary Art Africa. Here, the gallery showcases limited-edition and one-off pieces, winning multiple awards and catching the attention of the world’s leading collectors, auction houses, museums and institutions. It was also the first African gallery to present at Design Miami (2011) and at Christie’s London’s annual design auction (2015). Southern Guild shows regularly at Design Miami in the US and Basel and has participated at The Salon Art + Design and Collective in New York, and at Design Days Dubai. It has also partnered with renowned New York City-based galleries R & Company, Friedman Benda and Todd Merrill, further exposing its artist-designers to the most important international audiences.

The gallery works closely with a diverse roster of multi-disciplinary designers, fulfilling the role of mentorship and incubation, facilitating production where necessary, and acting as a conduit between South African artisans and international galleries seeking local production capabilities. One common thread uniting these designers across mediums and methods is an abiding commitment to showcasing African materials, motifs, traditions and techniques. Alongside its programme of local and international exhibitions, Southern Guild works closely with clients and collectors, overseeing ambitious projects involving architectural intervention, interior design and the commissioning of custom works.