Made in Mexico – The New Must-Watch Fashion Documentary

The ‘Peace Corps of fashion’, Remake, recently premiered their latest short film in London and anyone who buys clothes really should see it.’Made in Mexico’ follows Amanda Hearst, activist and co-founder of Maison de Mode, and a group of fashion design students behind the scenes of the garment industry and places ‘invisible’ garment makers centre stage.

As well as being overworked and underpaid, many of those who make our clothes inside some of the Mexican maquiladoras also endure unsafe working conditions, sexual harassment and violence. Now they’re speaking out against this exploitation and suffering that remains rife across the fashion industry, and they’re asking you to stand with them.

Remake founder Ayesha Barenblat explain: “This film has been a real labour of love for us against the backdrop of fracturing US/Mexico relations. The brave women who met us in a safe house to share their truth on camera want the world to bear witness to fast fashion’s impact on their lives.”

Around 80% of garment makers around the world are women in their early twenties, who toil hidden and unseen, grappling with low wages, sexual harassment and a lack of upward mobility.

Alongside their ongoing #WearYourValues campaign and curated edits from brands that show respect for people and planet, Remake follows influencers and future designers into garment maker communities across the globe, from Cambodia to India and Sri Lanka. The resulting films are made with the hope of building empathy across the fashion supply chain and inspiring both millennials and designers to make fashion a force for good. 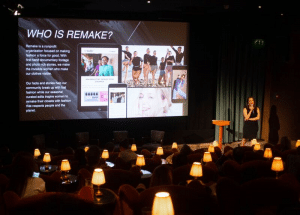 The London screening was followed by a thought-provoking panel on fashion x women’s empowerment that featured the likes of Daisy Knatchbull, founder of The Deck, luxury tailoring to empower women, and Steph Stephenson of Cordes Foundation, and was moderated by Vanessa Arelle, angel investor and contributor for Vogue Latin America and Mexico. 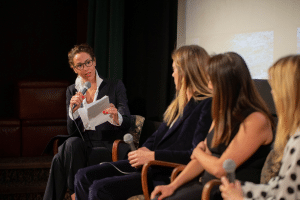 If you’re not already part of this elegant sisterhood, Remake invites you to: ‘Equip Yourself’, Shop Differently, and ‘Use Your Voice’ so you can walk tall in clothes that have been made with love this summer and every season in future. We’re in, are you?