Esteemed wildlife photographer David Yarrow travelled to Australia following the recent fires, in which more than a billion animals are estimated to have died, and spoke of apocalyptic scenes: “The day I saw 500 dead animals for every live one will remain with me forever.” 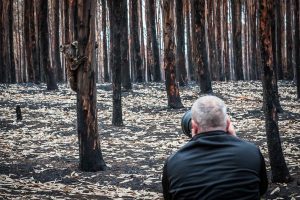 Since then, inspired by “an army of passionate conservationists”, he has partnered with Earth Alliance’s Australia Wildfire Fund and WildArk to launch the Koala Comeback Campaign to support recovery efforts.

Those who donate will receive a copy of ‘Survivor’, his photograph of a lone koala he found “dumbfounded” at the base of a tree on Kangaroo Island. Those who contribute between US$10 and US$100 will receive a downloadable file of this poignant picture, whilst those donating US$1,000 will have a signed 24” x 33” print delivered to their door. 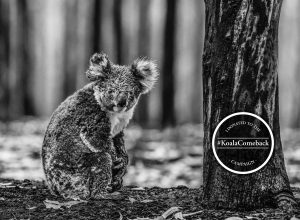 With celebrity support from the likes of Cara Delevingne and Leonardo DiCapro, the campaign has already passed the halfway mark for their fundraising target of US$2 million to support wildlife rehabilitation and habitat restoration work.

Yarrow, one of the best-selling fine art photographers in the world, whose magnificent monochrome images typically sell for upwards of US$50,000, hopes this koala image will become symbolic of a new chapter in human history in which we all become “aware of our planet’s deep fragility”. 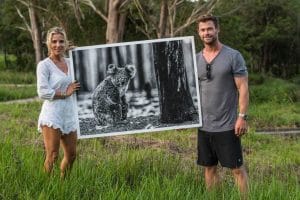 Support the campaign by donating here: www.KoalaComeback.com and sharing it across social media: Instagram @DavidYarrow #KoalaComeback