How does an aspiring lifestyle brand gain a foothold in the fashion world? They launch with flip-flops, and then build out from there. That’s what Paul and Jo Forkan did. The brothers behind Gandys launched their business with £2,000 and a terrible website that included product images taken in an empty bath on an iPhone. 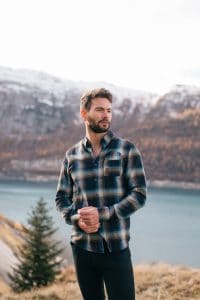 So yes, it was a modest start. It began in 2012 when the brothers quit their jobs and devoted themselves to the roller-coaster ride of setting up a brand from scratch and expanding fast. As the duo told The Telegraph: “Our website looked like it was made in a school IT class[…] We packed them [our first ever pair of flip-flops bought] in a rubbish mailing bag, wrapped it up in gaffer tape and wrote the label by hand, because we didn’t have a printer.”

But they were fuelled by passion, philanthropy and a parental legacy; Jo and Paul were motivated to do something that might make their mother and father proud after both died in the Boxing Day Tsunami in Thailand in 2004.

Given that they’d both spent most of their youth in flip-flops adventuring around the world in a fairly alternative family set-up, it made sense to start there. Their parents were social enterprise founders and had a strong belief in doing more in the world than just existing. In 2001, the Forkan parents removed their four children from the structured school system in England and enrolled them in what they believed was the best form of education; the university of life. 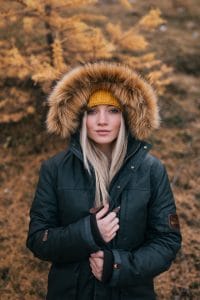 Having been tragically orphaned at 15 and 17, and receiving all-important love and help from friends and family after the tragedy, the brothers were particularly invested in helping orphans. Ten per cent of the profits from the flip-flops was immediately sent to the Gandys Foundation, a charity dedicated to supporting underprivileged children by way of nutrition, education and medication.

So far, so good – sort of. Was it crazy to launch a flip-flop brand in a country with such short and unpredictable summers? Maybe. But in 2014, things got exciting. Liberty of London’s managing director got in touch with Rob and Paul and asked to print some of the department store’s trademark fabric patterns onto Gandys flip-flops. 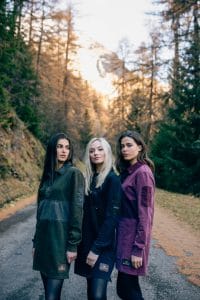 It was a great success, with the line selling out in three hours. In 2016, Gandys expanded quickly, launching their first store, and then three more in quick succession. They now sell an incredible range of outdoor wear including jackets, t-shirts, thick-knit jumpers and hard-wearing day sacks. They also published a book, Tsunami Kids: our journey from survival to success, and have built two children’s homes with another two on the way.

All we wonder is: when do these guys sleep? Their hashtag #dontjustexist isn’t actually just a bold, brash statement, but a fairly accurate representation of what the Gandys founders stand for. We’re excited to see what they do next, and watch their brand get bigger.