Food for Being Looked At

The other day I posted a photograph of some summer salads I’d made on social media. Somewhat indulgent of me, perhaps; they were attractive concoctions with ‘interesting’ ingredients including pomegranate seeds and tahini dressing, but did the world really need to see them?

Possibly not, but I’m hardly alone in sharing my handiwork, or indeed in showing the world what I’m eating and just how gorgeously presented it is. We are very much in the era of ‘foodporn’, with social media sites drowning in images of artfully arranged avocado toast, prettified porridge pots and delectable looking bakes. It’s not just food, it’s Instagram-worthy food. It’s about lifestyle, not sustenance. 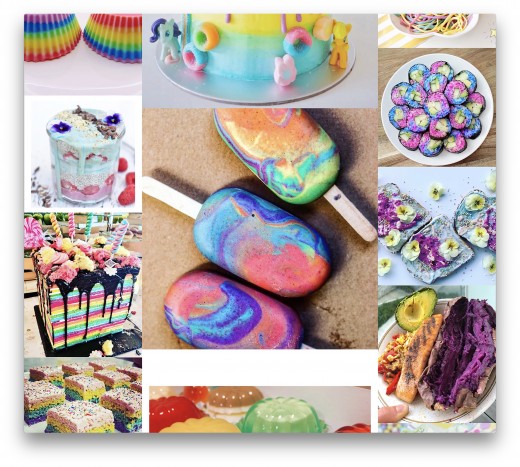 Once, we ate food that looked good; now, we treat eating as an experience that must be celebrated and captured for posterity. Foodporn is, quite simply, everywhere. So it was only a matter of time before the art world took notice.

Food for being looked at, on at the Photographers Gallery until 8 October, is a somewhat gimmicky exhibition celebrating this trend. Actually, exhibition is perhaps too strong a word; there isn’t really anything on display. Instead, audiences are invited to create their own artwork by arranging an array of plastic fruit, vegetables and foodstuffs for a photo shoot, then documenting the result on Instagram and Twitter using the hashtag #foodforbeinglookedat. It’s a bit like the interactive ‘keep the children entertained’ element of a major exhibition, except it is the exhibition, or a major part of it anyway.

Nevertheless, there’s something to it. While the ‘food’ is noticeably non-edible, in some ways this recalls the tricks used by food photographers to make berries seem brighter or cakes appear even more delectable and perfect than they are in reality. 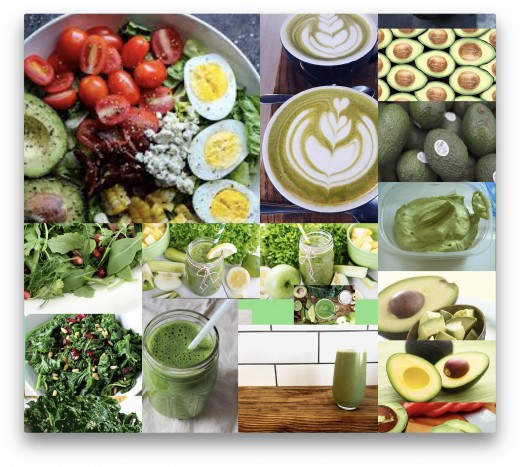 It’s a very ‘now’ concept for in our self- and selfie-obsessed culture, and there is plenty of fun to be had in arranging the fake food in aesthetically pleasing ways. Some of the images that have been shared socially are quite striking; a moody shot of an orange segment, a lone cherry from a skewed perspective. Others are silly; Donald Trump fashioned out of plastic vegetables, say, or smiley faces with sausages for mouths.

The other, more traditional component of the exhibition is in the gallery’s lobby; a rolling display on the media wall of ‘foodporn’ photographs curated from social media, blogs and phone cameras, and collated according to food group. Not all are particularly impressive or professional-looking, but many are, and despite yourself, it’s utterly mesmerising. 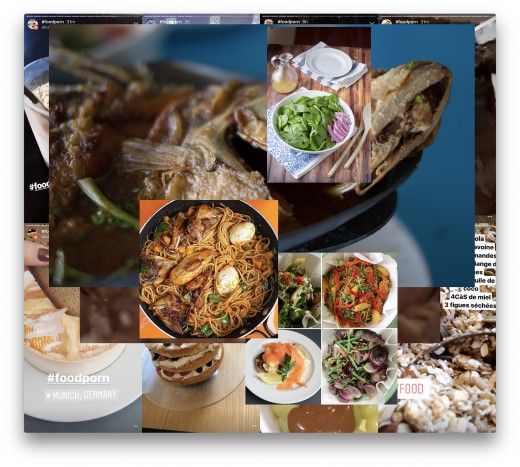 In one, peppers have been halved and excavated to look like the anguished face from Edvard Munch’s ‘The Scream’; in another, a close-up of some sugared jelly sweets leaves you with a yearning to dash straight to your nearest pick’n’mix. There are rainbows created by piles of chopped-up fruit that you can’t take your eyes off; cakes dripping luxuriously with icing, loving shots of sizzling steaks or of cheese oozing and melting into perfect slices of bread.

The photographs are gratuitous, almost grotesque; fetishising food in a way previous generations might never have imagined doing. But that’s the point of the exhibition, and as slight and silly as it is, it really does make you think.

‘Food for Being Looked At’ is at The Photographers’ Gallery until 8 October. Free admission before 12 noon every day.