Do shoes get any more sustainable than Veja?

They’ve been mooted as ‘the most sustainable sneakers in the world’ by CNN and their popularity is beyond doubt, even extending to British royalty (Meghan, Duchess of Sussex). Veja is the brainchild of two 25-year-old childhood friends, Sébastien Kopp and François-Ghislain Morillion. 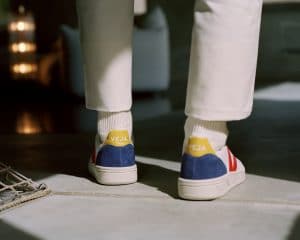 Founded in France in 2005, Veja began as a dream. The pair had no money but a good educational background and loving families, which meant they felt able to try and pursue their passion: to create a truly sustainable shoe that exemplified something important about contemporary culture. 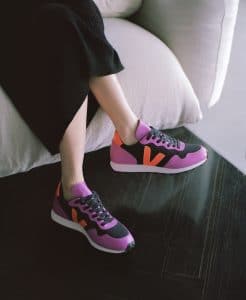 “The most symbolic object of our generation?” say the Frenchmen. “We wanted to deconstruct it and build it differently, and it was obvious to us that this new product was going to be a new brand of sneakers. We were the generation wearing sneakers in the 90s, when they became massively popular and went from being sportswear to streetwear. But [what we learnt is that] when you buy a pair of sneakers from a big brand, 70% goes to advertising and only 30% goes to production.” 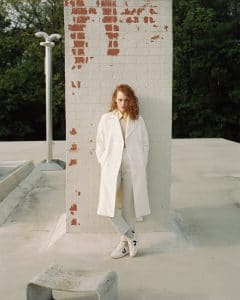 What if that 70% was just… eradicated? Surely then it would be possible to make sneakers that had fair trade and just principles, as well as offering a really high quality product? This was the goal, and it certainly seems to have been achieved by using organic, agro-ecological and fair trade cotton to make the sneakers canvas, wild rubber from the Amazonian forests for its soles and recycled plastic bottles to create an innovative mesh. 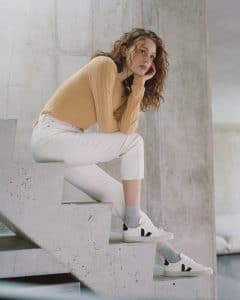 Veja is about minimalism and innovation, with absolutely no advertising. This year the company launches the Campo, Rio Branco and Nova, made of B-Mesh, C.W.L (a bio-sourced material from corn waste), synthetic suede and organic cotton. It’s a genuine alternative to leather. It’s not cheap though: making Veja sneakers costs between five and seven times as much as an average pair of sneakers, according to the company. It also takes three recycled plastic bottles to make one pair of shoes; the bottles are collected from Rio de Janeiro and Sao Paulo, then sent to a factory where they’re crushed into flakes and transformed into fibre. The Veja team also work with an integration NGO in Paris that cares for people with difficult lives, offering them jobs in Veja’s warehouse. 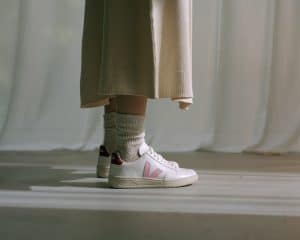 Who knows what they’ll do next, but we’re fairly sure it will be philanthropic, considered and impact lives in a positive way.