In his first show at m{us}e@EIGHT, photographer James Reid confronts one of the most iconic archetypes of Cuba – vintage automobiles – with a Western overtly simplistic interpretation of one of the very last remaining Socialist countries. 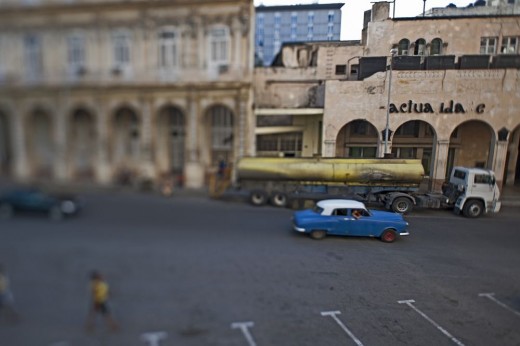 Reid rejects the temptation of interlacing his images with nostalgia of bygone times in favour of layered visual clues that convey a subtle composition of Cuba complexity. His intuitive sense for architectural lines and renewed angles to the ‘déjà-vu’ are no accident, with an education in both engineering and photography combined with extensive travelling.

Shot on the streets of La Havana, Trinidad and Ceinfeugos, Reid remarks: “bokeh cubano is a seminal body of work concerned with post revolutionary Cuba. The photographic narrative endeavours to capture the regime’s current stagnation as it hangs between failing Socialism and its derailment from the modern world economies embodied by Western capitalism.” 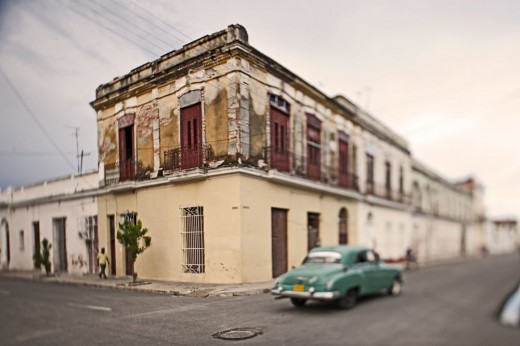 The method of capture, intentionally blurring the edges (aka “bokeh” in photographic terms), paradoxically pushes the documentary between sharp reality and a remote non-reality. The strategy is to create an impression of distancing and/or abstraction, which amplifies the sense of temporality and impact of historical events upon these cultural artefacts and the tangible effect that time passing has on such objects of timeless beauty.

The photographic style and nature of the subjects evoke both conceptual symbolism and a historical tension, which remains through post revolutionary Cuba. Such paradoxical immobility, decaying Colonial architecture, flamboyant automobiles and traditional cultural practices all accentuate our deceptive perception of Cuba’s consubstantial essence, making a journey into our own questioned reality all the more relevant.